When a playful text conversation with his crush Stacia turns face-to-face, James flees in a panic, leaving his phone locked in the campus library. Without the ability to text, James is forced outside his phone to connect with Stacia on an after-hour adventure. Discovering they are not alone, James is pushed further to experience an unforgettable storybook romance where he soon realizes there is no app for love. 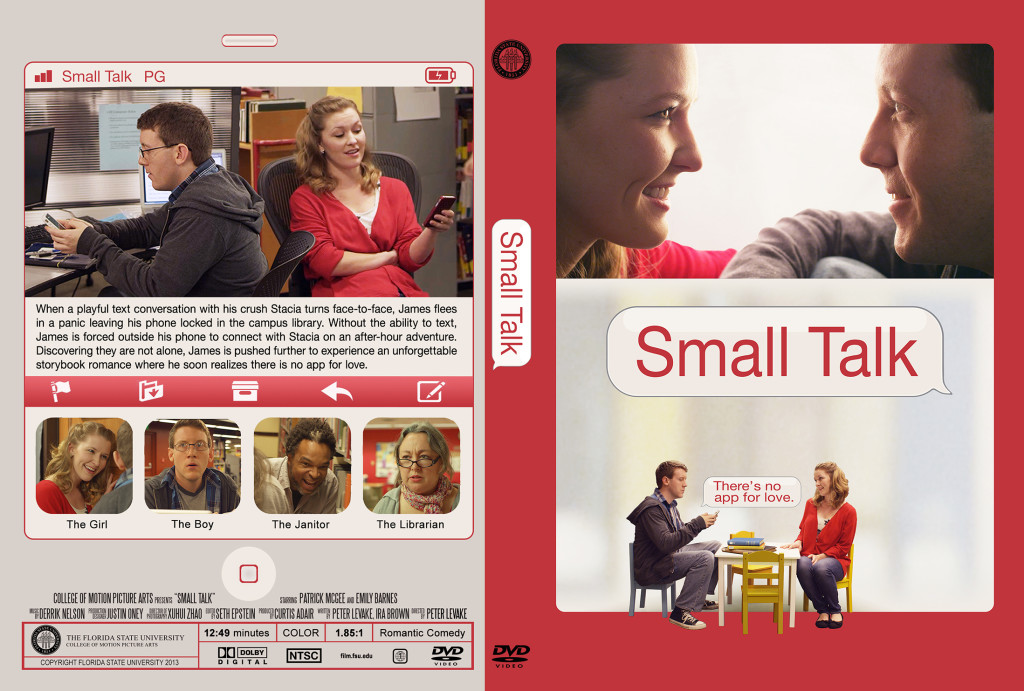 Storytelling is a powerful form of art, and my recent projects are chapters in my study of how the human heart naturally relates to a narrative of any kind.  Small Talk was a simple story that I wanted to tell that gave me an opportunity to wrestle with the idea of chemistry between two characters on screen. The process proved to be a challenge, but a challenge that has given me invaluable insight not only of how two characters relate, but also the relationship of the audience to the story being told.  Small Talk was a joy to make, and I look forward to growing as I continue to study the capacity of film to invoke question and inspire hope.