Objective: to design a light in a virtual world, and then recreate it in reality. File to Fabrication.

Maya was used to generate the initial design. A laser cutter was used to construct it in reality. The challenge was to create a three-dimensional organic form using two-dimensional materials.

Step one. Slice the virtual model horizontally in 1/8″ increments, lay them side by side, and cut them out.

Nope, I found it isn’t that easy. After several failed attempts to recreate the exact organic form, the challenge became: How to align the pieces perfectly. 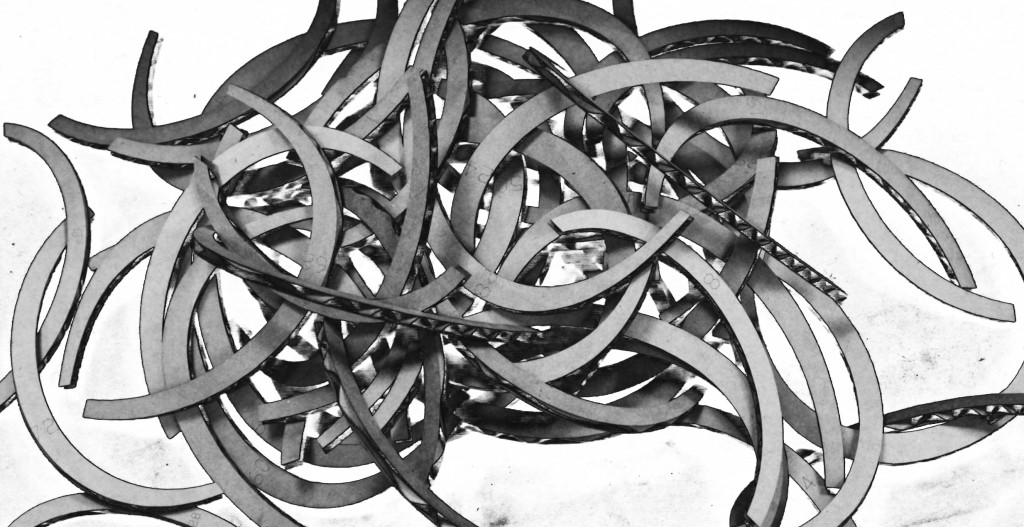 A form of the negative space was needed to align the curved pieces. 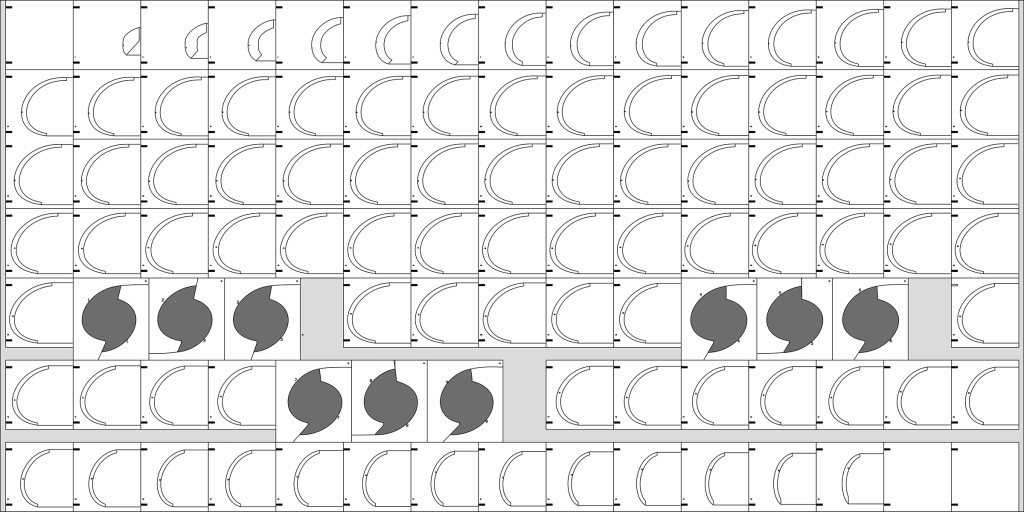 In order to do so, the form had to be consistent for every layer. A square with two slots would now accompany each layer of cardboard. 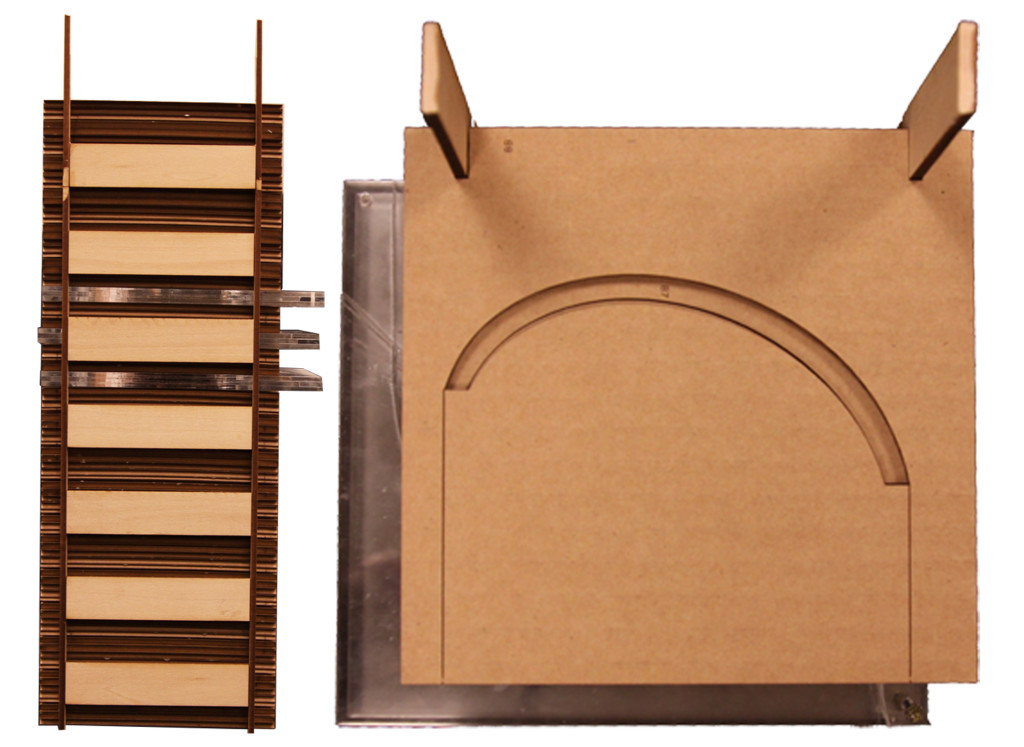 Only two vertical cuts were needed to remove the negative form and reveal the pieces of the light. (This cut was done at the end of the two lines in the above left image.)

Final Assembly. Materials: Cardboard, and Acrylic. Note how the layered corrugation of the cardboard created a pattern of its own. 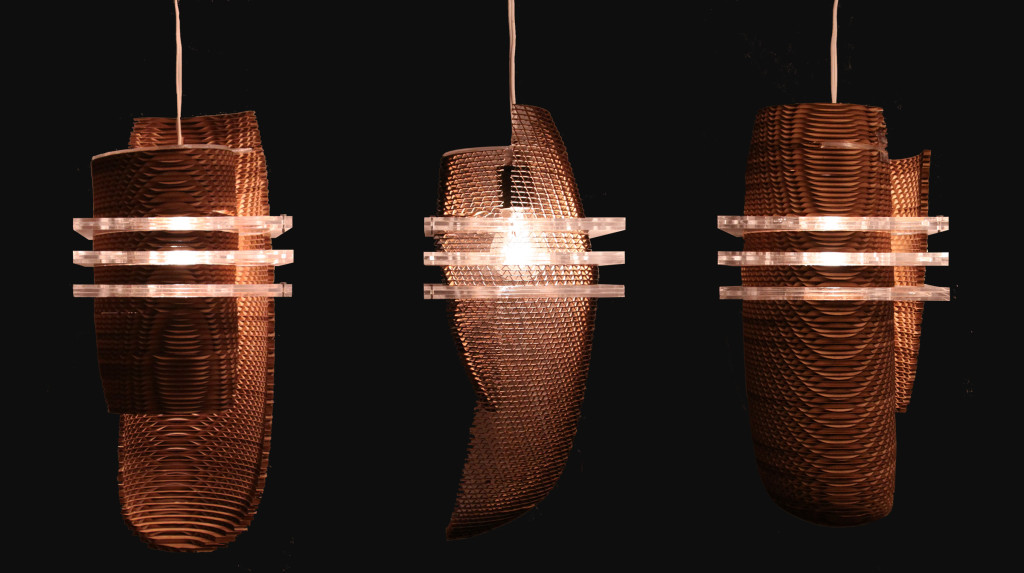 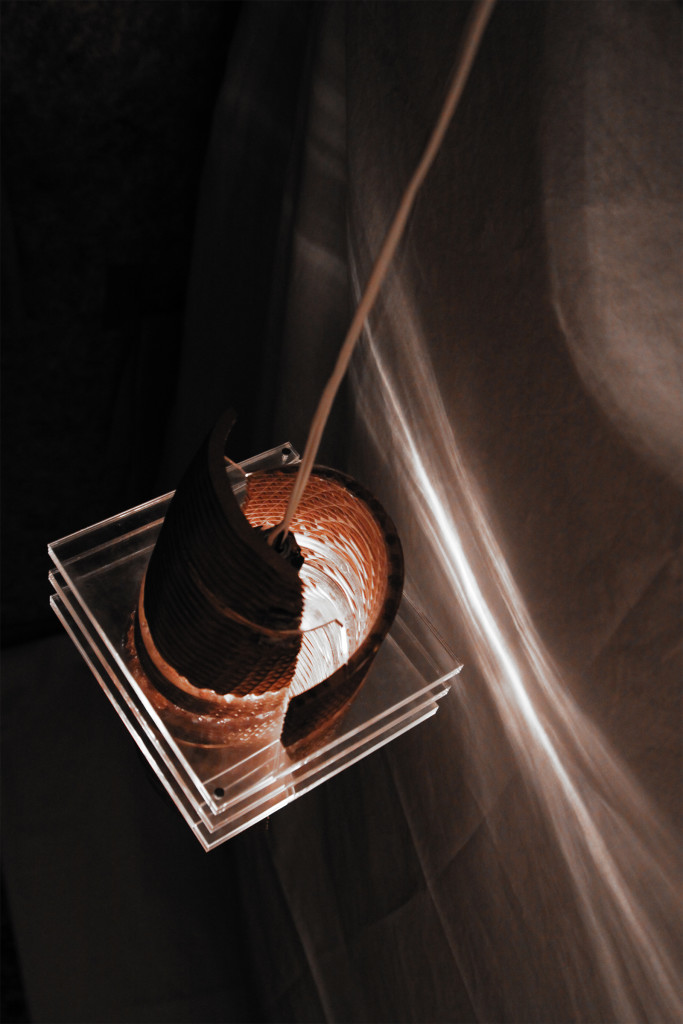 The acrylic layers were designed to hinge open, allowing the light bulb to be changed. 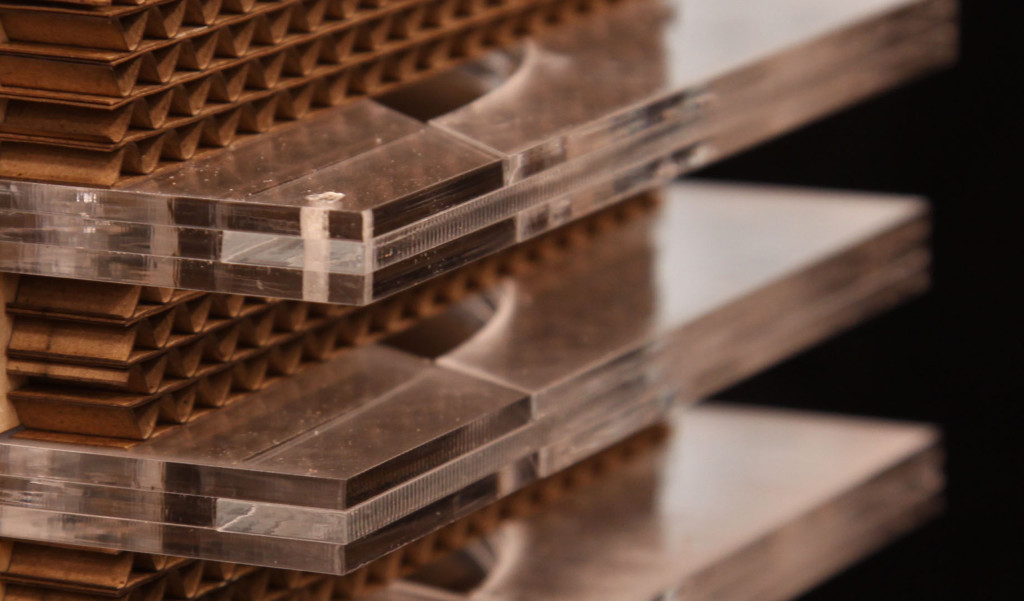